[The Biden Era: South Korea’s Strategy ①] Trump lost a battle, but not a war

What South Koreans Think of America Versus Real America

Four years of Trump have left deep scars on America; it marked the end of U.S. global leadership and the beginning of a divided America. President-elect Joe Biden, who campaigned with the slogan of Build Back Better, now faces the daunting challenges of COVID-19 and economic recovery in addition to the responsibilities of restoring American leadership and solving the partisan divide. How will Biden manage these different issues? With the dawn of a new era approaching, the Yeosijae examined what changes are likely to occur in the forthcoming Biden era in regards to the U.S. national security and foreign policy, U.S.-North Korea relations, and U.S.-China conflict and explored how South Korea should respond to those changes.

Developing effective strategies to respond to different situations in a time of change requires an accurate assessment of the current state of affairs. In this article, the first of the series, we share insights from a member of the National Security Advisory Board at the Republic of Korea President’s Office, Young-Jun Kim, who is also a professor at Korea National Defense University, to examine different issues facing the Biden administration from the U.S. perspective.

For South Korea, the U.S. is an indispensable ally
For the U.S., it is just one of its many partners

The unprecedented U.S. presidential election is over. And without a doubt, this year’s election was an eye-catching historical event that garnered much of the world’s attention, so much as that people questioned why Americans were the only ones that could vote for the “world’s president.” If one were to combine the 2020 election coverage viewership from media outlets worldwide, it would most definitely surpass the viewership of even the Olympic finals. Of course, it comes with little surprise that the race for the White House would receive global attention. Just as people are compelled to keep tabs on their own elections due to the significance of the outcome on their way of life, the job market, foreign policies, national security, education, housing, welfare, and the environment, the world kept an eye on America’s presidential race due to the global implications of the results. One Iranian elder commented during an interview with a foreign press that they never expected that they would ever concern themselves with the election results of Pennsylvania, a state they had never heard before the 2020 elections. And after weeks of waiting, the election is in its final stages. World leaders are now focusing on what the new president would bring to the international order and what it would mean for their country and their relationship with the U.S. Moreover, heads of government are leveraging all means and networks to speak with the president-elect and advance their national interests.

Having faced many ups and downs with each U.S. election, South Korea was also deeply invested in the 2020 election. If we briefly examine the two countries’ relationship—from President Eisenhower and his work on the Korean Armistice Agreement and the Mutual Defense Treaty to Nixon and détente, Carter and his push to withdraw troops from Korea, Reagan and the New Cold War and neo-liberalism, Bush Sr. and the end of the Cold War and the Gulf War, Clinton and the North Korea nuclear threat and its negotiation, Bush Jr. and the axis of evil and the war on terror, Obama and strategic patience and a growing nuclear threat from the North, and recently, Trump and the prospect of a war on the Korean Peninsula and the U.S.-D.P.R.K summit— we can observe that the two themes of the ROK-U.S. alliance and the inter-Korean relations dominated our 70-year history. The alliance enabled South Korea to develop its economy. At the same time, however, America’s interests and strategies created complications for the Korean government on many occasions in dealing with its domestic affairs. While the U.S. might consider South Korea as one of many alliances, it has been an indispensable ally for South Korea. Its influence over the Korean Peninsula has been greater than that of China, the traditional heart of the region. For South Korea, its relationship with the U.S. was more than an economic and political partnership. It was the standard to which South Korea aspired in its pursuit to develop the nation. For over half a century, the U.S. has been at the heart of Korean society. Even young people that participate in anti-U.S. protests wear Nike shoes during their rallies, have McDonald’s for lunch, and head to Starbucks for coffee before heading to their TOEIC cram schools to prepare for their studies in America. It is not an uncommon sight to see Korean politicians that have long criticized America since the beginning of their political careers send their children off to America to study and visit the U.S. to see their grandchildren, who have obtained American citizenship. In the same vein, the arrival of the Trump era alarmed Koreans out of concerns that his presidency could leave them disillusioned about what America is.

The Biden’s administration will be a continuation of Democratic administrations like Clinton and Obama. However, changes are unavoidable. In the coming years, the new administration will have to demonstrate a new type of government that can embrace and lead diverse groups of people – from Trump fans to social democrats like Sanders-Warren supporters. Currently, much of the discussion in Korea regarding the Biden administration is focused on policies that deal with the ROK-U.S. relationship and North Korea, from those that deal with trade and defense costs to the transfer of wartime operational control (OPCON), missile treaties, and Atomic Energy Agreement. While we have zeroed in on these aspects of America with a “winner takes it all” approach, other crises have been downplayed in our interpretations of the new administration. This is a very narrow approach to U.S. policies, and we should be wary of the compelling nature to tunnel our vision. We must examine the Biden administration not from the eyes of Koreans but the eyes of Americans.

Contrary to the pre-election polls, Biden’s recent victory was not a landslide, and it was completely different from many public opinion polls. He struggled to secure a lead in Georgia and Arizona, and his victories in the Rust Belt states (Michigan, Wisconsin, and Pennsylvania) were by narrow margins. An election is not the same as a sports game. It does not end with a buzzer-beater or a game-winning goal. Biden was elected president of the United States with the most votes won by the winning candidate through the collective efforts of anti-Trump voters. However, it also holds true that Trump received significant support as well—the second largest number of votes in history, to be precise. Though Biden managed to pull off a win in the Rust Belt region, it was not with the landslide that many public opinion polls promised. His victories in Arizona and Georgia were won with close margins, and he failed to secure Florida’s electoral votes. If the president-elect had won in a commanding manner as the polls suggested and if the anti-Trump sentiment was as dominant as major media outlets depicted for the last four years, the circumstances now would be quite different. However, these expectations did not materialize, and Trump stood his ground.

Trump’s supporters grew in numbers,
and the election served to reaffirm Trump’s and GOP’s strength in the U.S.

One of the most noteworthy aspects of the 2020 election is that the GOP may have become the Trump party. The growing number of Trump followers and increasing solidarity between supporters signal a tough road ahead for the Biden administration. Moreover, there was no “blue wave” in both the Senate and the House. The election served to reaffirm that Trump and the Republican Party have not lost their grip on the U.S.

Politics is like a living organism. South Koreans do not have to look too far to get a sense of what occurs when a president wins by narrow margins. The newly reformed GOP, or the Trump party, and their loyal supporters will not magically disappear because they have lost the election. For the next four years, they will attack the Biden administration in Congress, in media, and in streets. Throughout the election, Biden received criticism from the opponents that he is a pro-Chinese politician who is too weak to protect American jobs. He was also depicted as a corrupt Democrat with the Ukraine scandal, and many believed that his administration would allow a tsunami of illegal immigrants to enter the U.S. and hurt low-skilled American workers. These keywords will continue to haunt him through his presidency. Considering that the Democrats have failed to take control of the House and Senate and that the Biden administration has underperformed against Trump followers, we must be objective and ask ourselves whether America is genuinely “back” like the media describes.

Biden will live up to his promises
However, there would be clear limitations

Biden will fulfill his promises and bring the U.S. back into the Paris Agreement and the Joint Comprehensive Plan of Action (JCPOA) – or the Iran nuclear deal. However, we must note that Trump and the Republican Party are rallying their followers behind the slogan that Biden is a “Fake President,” and assess Biden’s policy with a more holistic approach. If Biden’s policies make considerations for his narrow victory, Trump’s growing influence, and GOP’s hold over Congress, there is a chance that the policy direction of the new government may differ from what traditionally is expected of a Democratic administration.

As mentioned before, South Koreans have vivid memories of what transpires when a president is elected with a small margin of victory under a divided government. Biden could face legislative delay from the endless debate over his policies, protests and resistance from Trump supporters, and the dissemination of opposing views by pro-Trump media (especially in this age of social media). One could easily predict that this would change the administration’s governance philosophy and lead to subsequent criticisms and a decline in support for the Democrats. Under these circumstances, we have to carefully measure the distances between “America from the eyes of Koreans” and “America from the eyes of Americans.”

The U.S. president is neither a pope nor the United Nations Secretary-General

Many people expect that the Biden administration will restore multilateralism to the U.S., implement balanced policies to handle China, renew commitments to climate change, and lead the global nuclear non-proliferation regime. However, the US president is neither a pope nor the United Nations Secretary-General. Biden cannot turn the clock back to the Clinton-Obama period and ignore criticisms from Trump supporters that the U.S. has overreached itself by helping poor developing countries and waging unnecessary wars and that it has ignored and neglected the suffering of its working class. Though the new government will undoubtedly push Biden’s agenda in the early stages of his presidency despite the opposition and criticisms, if we were to expect U.S. policy directions to remain the same as those from previous Democratic presidents, we would be looking at America with the eyes of foreigners. With the current circumstances and political polarization, Americans do not anticipate things to be easy for Biden for the next four years. Of course, there will still be a brief moment of a “honeymoon period” when the new president takes office. However, it is imperative that we develop our response strategies for the Biden era with consideration to the points raised above.

This text was originally published on Yeosijae's Korean homepage on November 27th, 2020. 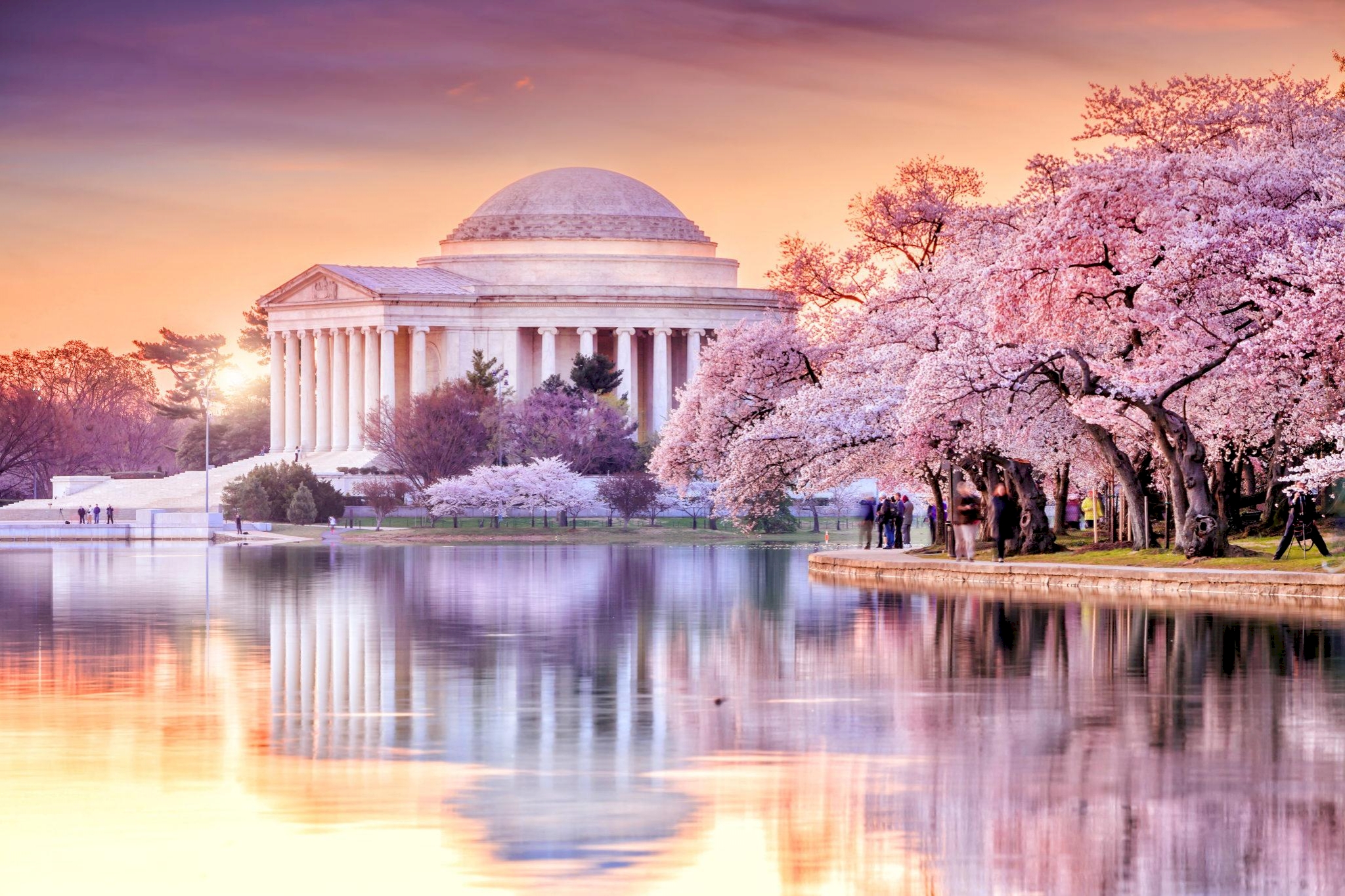 [The Biden Era: South Korea’s Strategy ②] There is No South Korea in Washington’s Inner Circle