The coronavirus pandemic has accelerated digital transformation, and the oil of the digital economy, data, has come under the spotlight once again. The unprecedented situation tested governments, and their ability to share and utilize data determined whether their responses were successful or not. Taiwan is regarded as a stellar example of a successful response to the COVID-19 pandemic with its innovative use of data. At the heart of their successful response was Digital Minister Audrey Tang. She was the driving force behind the implementation of a real-time mask inventory app and the mask rationing system.

Against this backdrop, Yeosijae invited Minister Tang to speak with us about Taiwan’s responses to the pandemic and digital innovation in the COVID-19 era as part of our seventh Global Future Dialogue seminar. As a junior high school dropout and a genius programmer with an IQ of 180, Minister Tang garnered global attention with her unique background when she became the youngest minister in Taiwanese history. Since taking office, she has implemented many innovative policies, including the Social Innovation Lab.

The seminar was conducted through Zoom and was moderated by Professor Tae-Wook Heo of the Department of Public Administration at Gyeongsang National University. A summary of the event is provided below.

During the keynote speech, Minister Tang highlighted the concept of “co-creation” as the key to Taiwan’s digital social innovation. She said, “Social innovation in Taiwan means everyone’s business, everyone helps,” and emphasized that in Taiwan, different stakeholders work together as “co-creators” to “co-create” social innovation.

She also introduced the three principles that guided Taiwanese efforts against the coronavirus pandemic. According to the minister, the government employed the principles of “Fast, Fair, Fun” to respond to COVID-19. And despite the challenging circumstances, Taiwan made sure to listen to and work with its people. On this note, Minister Tang shared a story of a young boy who called the ‘1922’ CDC hotline to say that he was embarrassed to wear the pink medical masks that he received to school. The government did not overlook his concerns. In the following Central Epidemic Command Center (CECC) press briefing, all medical officers appeared in the press conference wearing pink masks. Taiwanese Minister of Health and Welfare Chen Shih-Chung even noted that Pink Panther was his childhood hero, and this helped increased people’s willingness to wear masks. The boy wore his pink mask to school with pride, for “only he had the color of the mask that heroes wear.” Co-creation was also the driving force behind Taiwan’s mask inventory apps, according to the minister. Local civic technologists voluntarily came together to “co-create” and engage in a “reverse” procurement process. The government, as Minister Tang described, worked to provide real-time data that technologists needed, and local civic technologists have developed more than a hundred different tools for COVID-19 as a result.

Fun, or humor, was another element of Taiwan’s response to COVID-19. To fight against the COVID-19 infodemic, the government used the “Humor over Rumor” campaign to channel rage into humor and fun and use this energy to ensure the integrity of the information that the public receives from others. Participation Officers or P.O.s especially played a big role in their successful campaign. They created creating humorous, easy-to-understand messages that would reach the public and kept close eyes on trending hashtags to gain insights into what the people want and relay their ideas to policymakers. An example the Minister gave was about a spokesdog. A P.O. used photos of their shiba inu to create memes that the health ministry would use to deploy authentic messages about the COVID-19 pandemic and other health-related information. The memes went viral, and it was very popular amongst the Taiwanese people, according to Minister Tang. Humor travels faster than rumors, and this was the backbone of Taiwan’s response against the infodemic brought on by the coronavirus pandemic.

“Digital in Taiwan means improving the plurality of the social sector.”

“In Mandarin, the word ‘digital’ (数位 [shùwèi]) also means ‘plural’,” said Minister Tang. In this context, she argued that digital technologies should connect people to people, people to the planet, and to other animals, plants, and beings. “So by digital, we mean to improve the plurality of the social sector.” And the role of the Digital Minister, she said, is to connect the plurality.

After taking office, Minister Tang transformed her office into a Social Innovation Lab to facilitate communication between the government and its people. The walls of the building were torn down to allow anyone to walk in and have a 40-minute meeting with the Minister. The meeting would be recorded and published online as a video or a transcript. Minister Tang also serves as a bridge that connects bright ideas with government policies. She emphasized that social innovation can only happen when people can take their ideas and turn them into reality and shared the example of Taiwan’s annual Presidential Hackathon. According to the minister, the Taiwanese government hosts this event every year to select five innovative ideas from different sectors and award them with trophies. Their ideas, as prizes, are turned into public policies within the next twelve months. For example, the idea of using machine learning to detect water leakages in water pipes was adopted by the government, and as a result, the average detection time was successfully reduced from two months to two days.

Minister Tang also introduced the four pillars of Taiwan’s digital transformation strategy: digitization, innovation, governance, and inclusion. Taiwan hopes to embrace all generations, including those that lack access to technology and those that lack technology proficiency, to ensure that different voices are heard and opinions are reflected in the policies for Taiwan’s digital transformation. The concept of “co-creation” is also in line with this commitment.

Minister Tang argued that AI should be recognized as assistive intelligence instead of artificial intelligence and emphasized that digital technology should assist different types of people. She added, “digital technology should adapt to people, instead of asking people to adapt to technology.” Taiwan’s efforts to implement a mask rationing system were also influenced by the minister’s principles on AI. When Taiwan introduced the rationing system, the government took care not to marginalize the elderly population. The Premier, who is in his seventies, tried out the system himself, and he shared his experience as a member of the elderly population. The minister also took notice of the experiences of her grandmother, who is in her eighties, and her friends. “We worked closely with the elderly people,” she said. The Taiwanese government built an inclusive system that distributed masks through pharmacies and convenience stores and allowed people to use the method they have used before to get their prescriptions. Instead of card payments that require people to enter their ATM passwords, the system was “password-less” in that it enabled cash payments at the counter. Moreover, identity verification was done through the health card, which is distributed through the National Health Insurance system that covers 99.9% of the population. Minister Tang said the mask rationing system helped integrate technology into the lives of the elderly population and emphasized that this was a case where both aspects of the word digital – digital and plurality – was shown clearly. 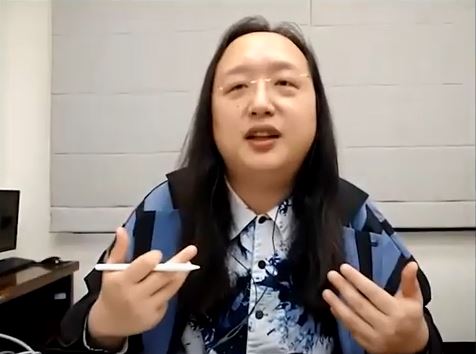 Education in the Digital Era: Education on Digital Competency, not Digital Literacy

With the pandemic accelerating the digital transformation, digital literacy has emerged as an important topic for many. However, Minister Tang argued that in the Digital Era, we need to go beyond teaching students how to read and analyze data to teach them what being a producer of data means and how to use data effectively.

Anyone can be a producer of data in this new era. As seen in the example of mask inventory apps developed voluntarily by civic technologists, people are not only consumers of data but also the producer and the subject of data. Consequently, education should not only address digital literacy, which teaches students how to read and use data, but also digital competency so that they can produce meaningful data and contribute to the development of public data.

Taiwan began its efforts to change its curriculum last year. Instead of having standardized answers and having students conform to those answers, the 12-year basic education curriculum was changed to a problem-based learning system. This removed competitions between individual students and fostered cooperation in classrooms and schools to enable different students to work together to solve social problems and environmental problems. Though it was introduced just last year, change is already being felt in Taiwan. In 2019, students as young as 16 years old started a movement to ban the use of plastic straws for Taiwan’s national drink, bubble tea. The movement prompted the government to introduce a public policy on the matter and became Taiwan’s first step to a greener future.

Plans for the Post-COVID-19 Era: Innovation with 5G and Co-presence

During the seminar, we asked Minister Tang about her keywords for innovation in the post-COVID-19 era. As the head of the Digital Ministry who has been championing the value of co-creation, Minister Tang highlighted the concept of “co-presence” as Taiwan’s next goal.

Minister Tang said that although digital technology can connect different people, just as the webinar brought together people from Taiwan and South Korea, it has its limitations in that the participants “do not enjoy the same kind of solidarity, the shared experience.” She continued, “So the idea of extended reality or XR is very important because 5G will enable us to walk out of these closed buildings to the outdoor places.” In other words, with 5G, people will be able to share not only their knowledge but also their environment and the experience. And through the 5G-enabled sense of co-presence, people will be able to form solidarity through digital technologies.

Digital technology is already being used in Taiwan to promote co-presence. Minister Tang shared her experience of using different technologies during her tour across Taiwan to reach out to people living in remote areas. By using 5G network and VR equipment, she was able to connect residents with central government figures while allowing public officials to feel as if they were on the scene.

“Be the light. And let the light get in.”

Minister Tang, who is a young innovation leader herself, closed the seminar with her final remarks to young innovators. She quoted her favorite poet, Leonard Cohen, and said, “Ring the bells that still can ring. Forget your perfect offering. There is a crack in everything. That is how the light gets in. So be the light and let the light get in.”

This text was originally published on Yeosijae's Korean homepage on November 11th, 2020. 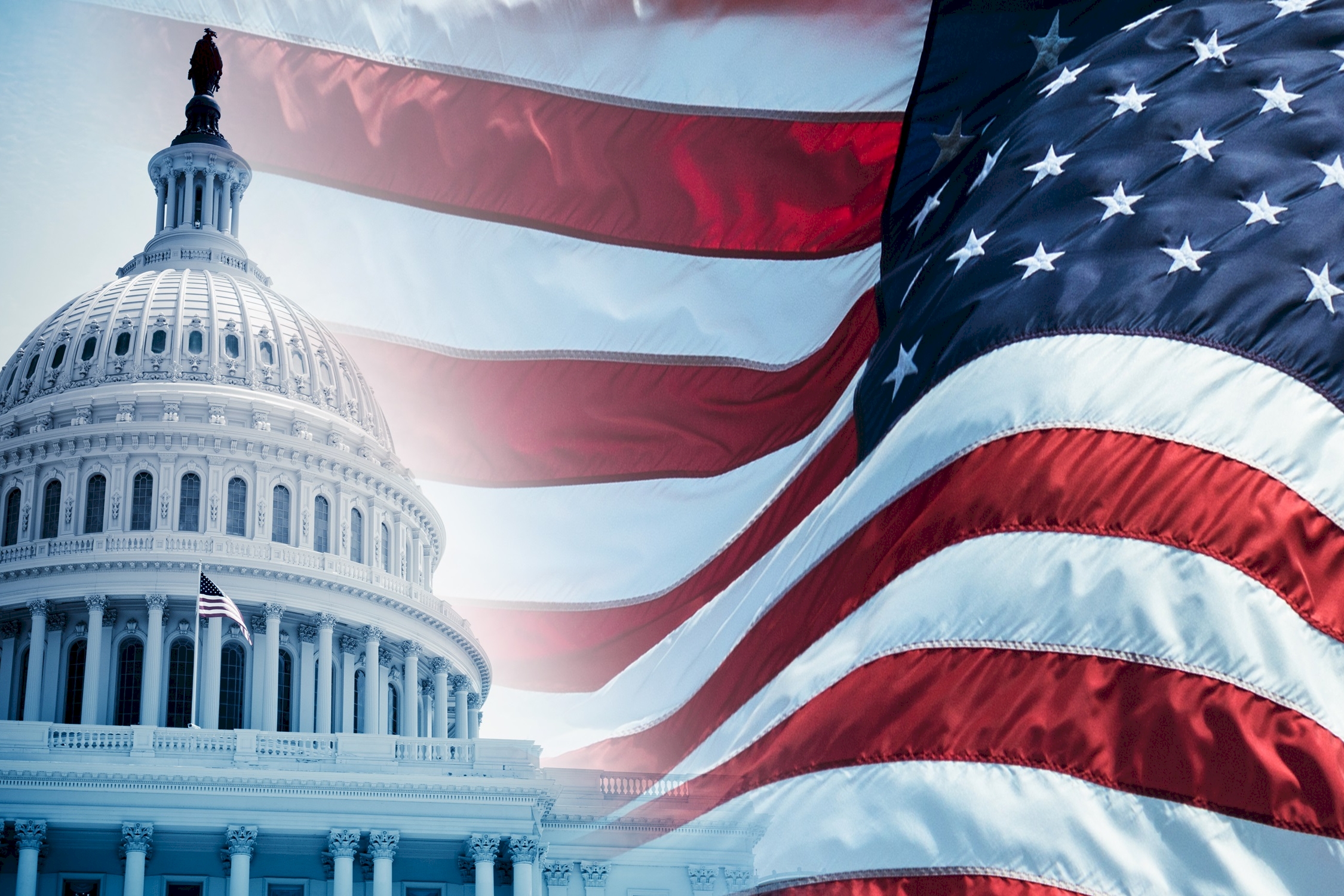