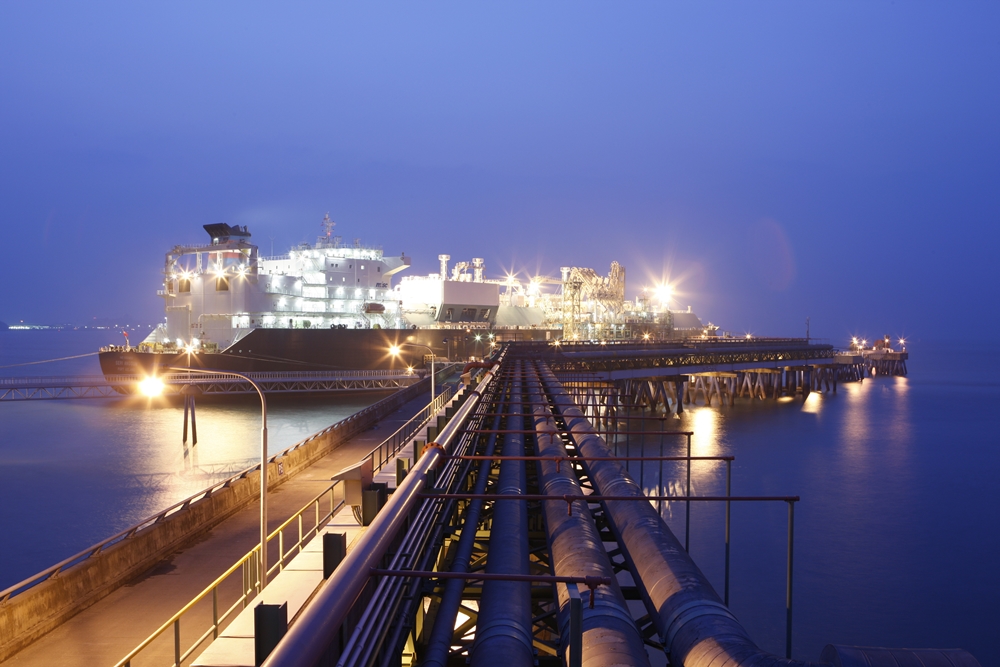 Over the years, the Future Consensus Institute (Yeosijae) formed an ‘Energy Research Team’ to study the potential of a South Korean “gas hub” under the backdrop of the global energy transformation. In this new era, petroleum is making way for the age of gas. And ever since the United States became a net energy exporter, geopolitical shifts have started to occur throughout the world, especially in the Middle East and East Asia. Countries like China, Japan, and Singapore are vying to establish a ‘gas hub’ in East Asia. Through our research, we concluded that South Korea had the potential to become an “alternative gas hub” to fill any gaps in the market left by the U.S., China, Japan, and Russia. Based on this conclusion, we made proposals to call on the government to review plans to build a gas hub in South Korea.

Optimistic signs of the gas hub appeared in November of last year, when the Korea Gas Corporation (KOGAS) exported gas to China for the first time. Ki-Soo Kim, the Director of Sales at KOGAS, said, “the achievement that we made last year in November was not a one-off event. Rather, it was our first step in becoming an energy hub.” In this text, we dive deeper into the subject to study the implications of gas in today’s world.

November 2019 is
A Commemorative Month for South Korea

November 2019 is a commemorative month for the Korean energy industry. It was the first time that South Korea, a country that lacks domestic natural gas reserves, exported liquefied natural gas (LNG) to another country. On November 7th, 2019, KOGAS shipped two 18-ton 40-ft ISO containers from its Pyeongtaek LNG Terminal to the port of Qingdao, China. This was different from a similar experience in 2017 when KOGAS re-exported 700,000 tons of the 3.5 million tons of gas it imported from Sabine Pass LNG to France, in that the gas was taken from onshore storage tanks and exported under the name of a Korean corporation. It was an export in the true sense of the word, because South Korea had to create a small physical link in its LNG supply chain to make it possible.

South Korea is expecting to see a sharp rise in LNG exports. Exports in November were part of a pilot project between KOGAS and POSCO to export 1,600 ISO LNG containers, or 1.2 million tons of LNG, per year to China. In February, the city of Tongyeong announced that it plans to build an LNG hub with the capacity to export 1 million tons of gas per year in the Anjeong National Industrial Complex. The city signed a memorandum of understanding on the construction of a small-scale LNG (ssLNG) hub with 16 companies, including SK Gas, Daelim Corporation, and Daesun Shipbuilding & Engineering. The plan is to invest 250 billion won by 2023 to build an LNG terminal equipped with a production line for LNG tank containers, along with shipping and docking facilities, amongst others, on a building plot stated to be roughly 210,000 m2. It will be the first step Tongyeong takes to become an LNG export hub of the Northeast Asian region.

An Opportune Moment
To Enter the ssLNG Market

Optimism over South Korea’s performance in the natural gas market can be explained by its timing in entering the global LNG market. There is no better time than now for new players to jump into the market, with a new ‘blue ocean’ of ssLNG awaiting the entrants. Titled “Small going big. Why small-scale LNG may be the next big wave”, the PWC Annual Report from 2017 highlighted the market’s expectations on the growth potential of small-scale LNG. This anticipation was also shown in an article by a renowned gas expert from Texas in August, 2018, titled “Small-scale LNG: A reality today may be a game-changer for tomorrow.”

The global LNG trade reached 285 million tons per year in 2017, recording an annual growth of 4 percent. Up until now, large-scale LNG import and distribution plants dominated the natural gas market by utilizing equipment that demands extensive investment of time and money, such as regasification terminals and gas pipes. This made it difficult for those who are unable to make such investments and consumers, barred from the system, from accessing the market. The ssLNG market provides an alternative for these people, allowing them to engage in small-scale sales of LNG using ISO storage tanks without having to make large-scale investments. Unlike the conventional methods that used re-gasification terminals and gas pipes, importers of ssLNG can distribute their product to end-users on a smaller scale, without having to vaporize the liquefied gas. Though still quite small, this nascent market is growing faster than the overall gas market, with added momentum from the energy transition, recording a compound annual growth rate of more than 10 percent. The market size of ssLNG is expected to reach $12.5 billion by 2025, compared to $6.35 billion in 2018. PWC estimates that LNG sales will grow from 20 million tons in 2014 to 100 million tons in 2030.

From a broad perspective, ssLNG has three uses. First, it is used to supply gas to remote, off-grid locations. Installing pipelines to cover the entire country is not only difficult for large countries like China and India, but the gaps between each pipeline would still require sellers to distribute LNG on a small scale, as liquefied petroleum gas (LPG) does. The same would apply to archipelagic regions in Southeast Asia. Moreover, China, India, and Southeast Asia are regions where the biggest spikes in LNG demand are occurring. Indonesia, a net gas exporter, is even expected to become a net gas importer, with its move to reduce gas exports to respond to increasing domestic demand. Furthermore, countries are moving away from coal-fired combined heat and power (CHP) plants to a cleaner and cheaper source of energy—gas. For off-grid local power plants in China, India, and Southeast Asia, ssLNG is enough to meet the regional demand for natural gas.

Second, LNG is the main energy source for long-distance buses and trucks. South Korea currently operates buses that run on compressed natural gas (CNG), and LNG trucks are expected to be developed soon. As of 2019, the number of LNG trucks and buses in operation were 4,000 trucks in Europe, 10,000 trucks in the U.S., and a staggering 200,000 trucks and buses in China. Currently, the demand for LNG in the transportation sector is small compared to the demand in local power generation, but it is expected to become the largest market for LNG in the near future. In line with this expectation, the French energy business, Engie, projected that the demand for ssLNG in power will exceed 25 million tons per year, while transportation will drive the bulk of demand with the annual demand of 40 million tons.

The third usage is LNG bunkering. With the implementation of the International Maritime Organization’s new limits on Sulfur in fuel oil, an increasing number of ships will have to make a shift from Bunker C oil to LNG. According to the Norwegian shipping company, DNV GL, 118 ships changed its fuel to LNG in 2018 and the number is expected to double by 2024, under the premise that 123 reserved orders for LNG fueled vessels are fulfilled. That figure can increase even further, if container ships, LNG carriers, and short-sea vessels that run on LNG are accounted for. And these LNG fueled ships will require ISO tank containers to connect with their bunkering counterparts. South Korea Has an Edge over Northeast China
In Supplying LNG

The emergence of ssLNG as a potential market is a once in a lifetime opportunity for South Korea to become a gas exporter. First, South Korea is at the heart of the region with the biggest demand for ssLNG, the Asia-Pacific. As of 2017, the region accounted for 54.3% of global ssLNG trade, and China was indisputably the biggest player in the market. China not only has the largest number of LNG fueled trucks, but it also plans to construct 3,000 gas fueling stations by 2025. A lion’s share of ssLNG demand in China comes from North China, near South Korea. In a project dubbed “Northward Transportation of Southern Gas Project”, North China has tapped into the well-established LNG infrastructure of South China to compensate for gas supply disruptions in the winter. The ongoing process to replace coal with natural gas in the North has created gaps in its supply, and it has used LNG storage tanks to fill the gaps. The project began in November 2018, when CNOOC shipped 130 LNG tank containers from Yangpu Port, Hainan, to Longkou Port, Shandong, and Jinzhou Port, Liaoning. However, supplying gas from South China has its limitations, due to the distance between the region and the limited supply of gas in South China. On the other hand, South Korea has over 80 LNG storage facilities, with private businesses increasing the number to enable direct imports of gas. Moreover, Korea is positioned closer to North China compared to Hainan, dramatically shortening the time needed to import gas from 9 days to a single day. As for other competitors in the market, such as Japan and Canada, it would take 2 to 3 days and 15 to 30 days for the gas to reach North China, respectively. Furthermore, South Korea’s ISO tank containers are one of the best in the world, as showcased in the shipments made in November 2019, thanks to its advanced gas market and extensive experience in gas exports.

Trends and consumption patterns signal that the Southeast Asian gas market is also bound to expand, with more countries in Southeast Asia incorporating LNG into their energy mix. Thailand started importing LNG in 2011, followed by Singapore and Malaysia in 2013, and Indonesia in 2019, while Vietnam and Myanmar are preparing to follow suit. Moreover, Southeast Asian countries recently have turned their attention to South Korea’s city construction and LNG shipbuilding technologies, creating an opportunity for Korea to export urban and shipbuilding technologies along with ssLNG.

The former representative of Delfin Korea, Jin-Woong Kim, proposed a “hub-and-spoke” strategy for South Korea, suggesting that the country should become an ssLNG hub first to build market experience and trust, while making preparations to make institutional changes. This will serve as a ‘springboard’ for South Korea to become a gas hub for transactions of all sizes.

South Korea has been endowed with very little in terms of energy resources. The majority of energy it consumes is imported from other countries. With demand for energy bound to increase with economic development, ensuring a stable supply of energy was the top priority for the country. It was unfathomable for people to imagine that South Korea could re-export energy, let alone export liquefied natural gas. Furthermore, the global LNG market in the past was controlled by a handful of major companies, forcing countries to import gas on long-term contracts, from 15 to 20 years, and placing restrictions on reselling of cargoes. As a result, South Korea had focused solely on building LNG storage capacity to the extent of domestic demand.

However, grounds are shifting in the LNG sector. 15-year, 20-year contracts are becoming shorter, and opportunities are available now to resell cargoes to other countries. Though it will be difficult for South Korea to immediately catch up with Singapore, where short-term LNG trades are conducted in large scales, with committed efforts to vitalize the ssLNG sector and with regulatory reforms, South Korea could create a place, albeit small, for itself in the gas market in Northeast Asia. With public-private cooperation, regulatory reforms, and financial support, South Korea will be able to expand its influence into the large-scale transaction market. In fact, promising signs of change are emerging. To add momentum to the movement, the public sector will have to take the lead in the initial stages, as market makers, followed by the public sector, as project implementers, to pioneer the new market.

This text was originally published on Yeosijae's Korean homepage on June 23rd, 2020.