The Future Consensus Institute (Yeosijae) hosted its second Global Future Dialogue webinar on May 29th with the Royal Institute of International Affairs, Chatham House, to assess the impacts of COVID-19 and to provide insights on the world beyond the pandemic. The webinar featured discussions on the role of Asia and Europe in the new global order amid escalating tensions between the G2. John Nilsson-Wright, Senior Research Fellow for Northeast Asia with the Asia-Pacific Programme at Chatham House moderated the program. The panelists for the event were: Won-Soo Kim, the Chair of the International Advisory Board at Yeosijae, Leslie Veinjamuri, the Director of the U.S. and the Americas Programme and the Dean of the Queen Elizabeth II Academy at Chatham House, and Robin Niblett, the Director of Chatham House.

Director Niblett highlighted several trends that will take place in the pandemic world. The first trend he mentioned was a transition from a “just-in-time” world to a “just-in-case” world. He said, "rather than a world of hypervelocity of economic activity, travel, deeply integrated supply chains that allowed low priced active economic activity that we've become so accustomed to... [we could shift to] a New Normal ... [where] governments have to think a lot more carefully about their engagement with the rest of the world," as the pandemic has shown that too much interdependence could lead to a global depression. He expressed his concerns over the growing distrust between the U.S. and China, fearing that it could exacerbate the G2 conflict in the future. Another trend he found alarming was the acceleration of existing trends, particularly the expansion of government roles and the decline of multilateralism. He predicted that Europe will take proactive measures against climate change, but added that these actions, including the implementation of a carbon border tax, will discourage globalization. “The U.S. presidential elections in November,” he said, “will be an impactful variable for future.”

Chairman Kim said, "COVID-19 has brought to the floor a dual crisis– health and economic– on a scale unprecedented after the Second World War... surpassing the level of economic pain we see from the 2008 global financial crisis, popularly called the Great Recession, and... closer to the level of the Great Depression." He added, “[what is even more alarming] is that this is happening at a time when the world was already experiencing rising division inside nations as well as among nations." He stressed that the world needs a global leadership now more than ever, to prevent the catastrophic impacts of the two ‘Great Ds’—the Great Disruption and Great Division. "But in terms of necessary leadership," he said, "we are living in a, I'm afraid, a G0 world, [or a world with a void in global leadership]." He expressed his concerns about the U.S.-China relations, saying "I'm afraid that, maybe, the long term trend of the U.S.-China relationship has been already set in motion, moving further away from strategic cooperative competition to strategic confrontational competition... and may even descend into strategic confrontation." He then called on democratic middle power states with close relations with the G2, such as South Korea and the UK, to play their roles in coming up with the answers to the leadership void by utilizing functional multilateralism. He presented the idea of a Green New Deal Coalition to respond to the challenges posed by COVID-19 and climate change. He said that our efforts will have to recognize that COVID-19 is a result of indiscriminate development and the destruction of ecosystems, and should focus on resolving the climate crisis and the sustainability crisis. He hoped that the UK, with its COP26 presidency, will step up to spearhead these efforts.

Director Vinjamuri cast doubts on the power of middle power states, despite their ongoing efforts to improve the G2 relations. She said that there is “a tremendous dynamism” in today’s world, and that it could compare to the American frontier period, the ‘Wild West.’ She said that the death of George Floyd in Minneapolis has triggered a series of riots, and the impacts of COVID-19 have exacerbated the chronic problems of racism and social polarization. However, she pointed out that positive movements emerging as well, including peaceful protests and women's participation. Director Vinjamuri predicted that these circumstances will influence the U.S. presidential elections in November. She expected domestic and international stability to return, with experts coming back to government discussion tables, if the Democrats win the presidential elections in November.

The discussions were followed up by a Q&A session. Answering a question on the role of middle powers, Chairman Kim highlighted the need for a future-oriented, mutually beneficial cooperative relationship between South Korea and Japan, and Director Niblett underscored the importance of an “aggregated capacity” to provide a platform for groups to come together. In regards to a question on vaccines for COVID-19, Chairman Kim said that we will have to ensure equitable access to vaccines and treatments for the virus, and that this will demand more action from international organizations including the WHO. The last question prompted the panelists to provide their insights on various topics, including the U.S.-China relations in regards to the Hong Kong security law, the U.S.-India relationship beyond November, and the UN general assembly meeting in September.

Yeosijae and the Chatham House will continue to engage in discussions to bring bright-minded people together to forecast the future global governance and to promote global cooperation in the New Normal era. 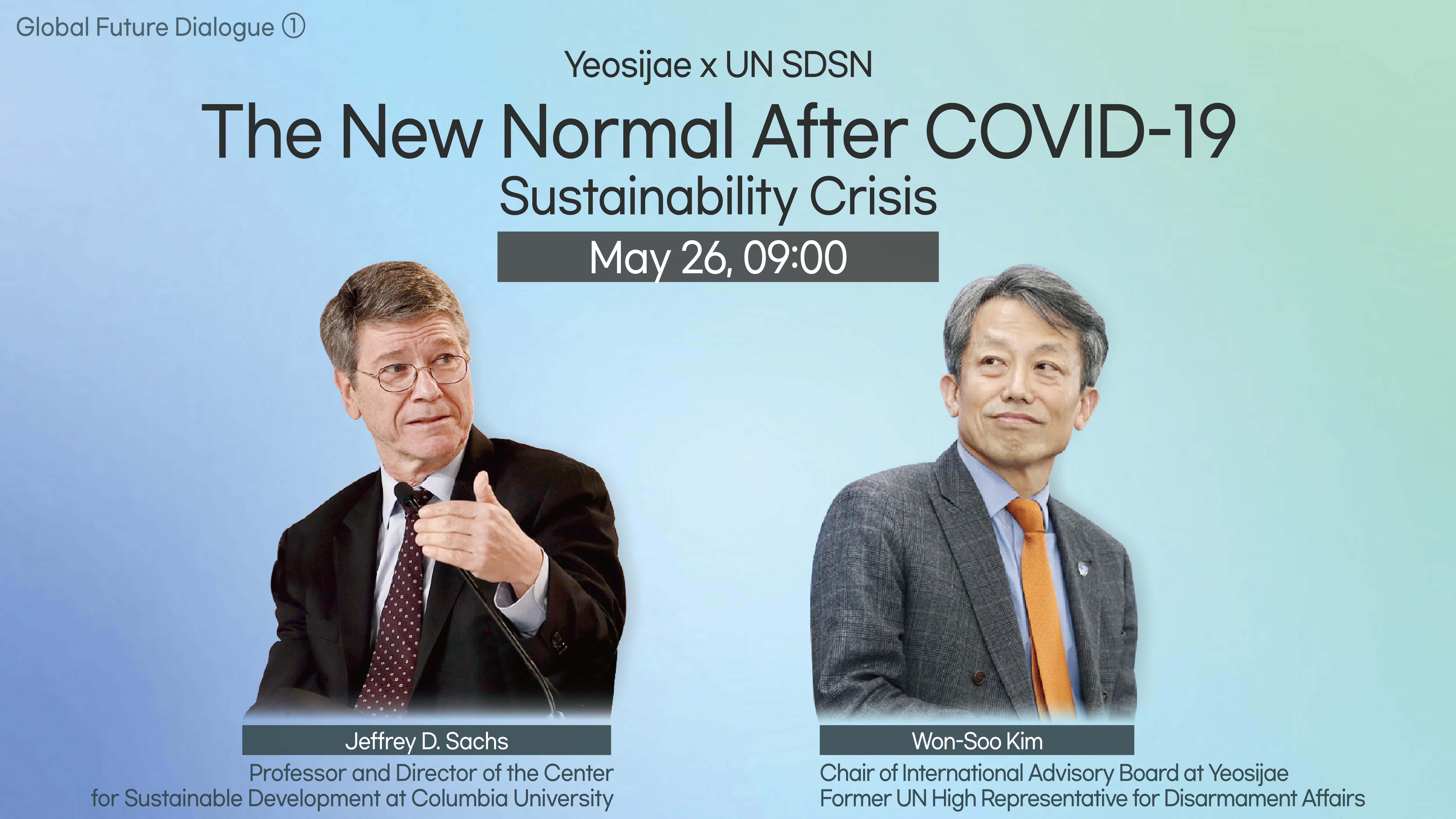